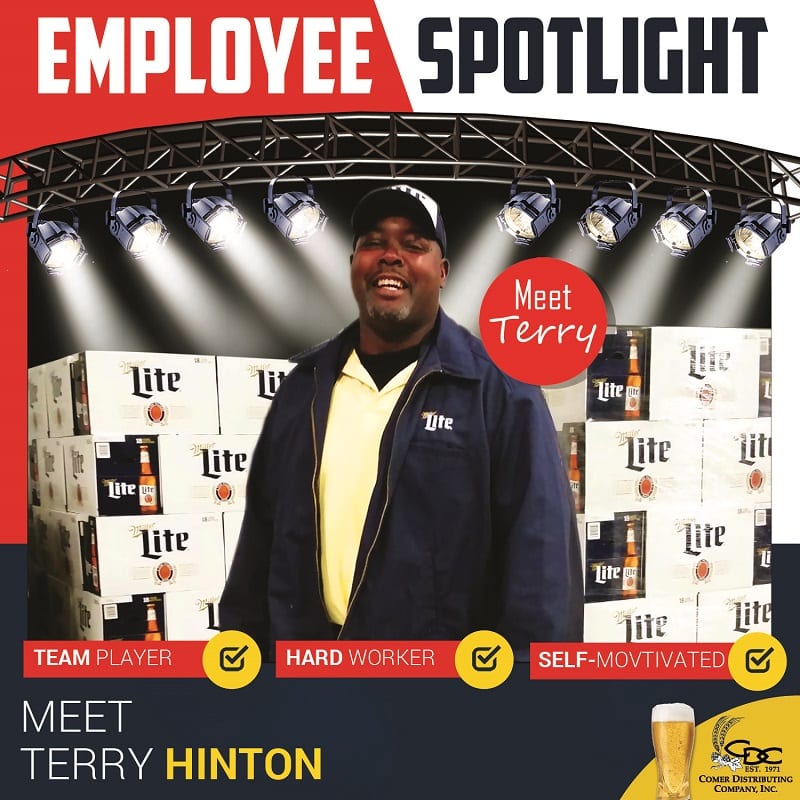 You would be hard-pressed to find a bigger sports fan than Terry “Monster Head” Hinton: from basketball to Carolina Gamecock football. Terry earned the nickname “Monster Head” from being a monster on the basketball courts in and around Rock Hill, SC. It was during a basketball game that Terry spotted Chip Comer in the stands. Terry approached Chip and asked if he had any jobs available at Comer Distributing since his current company was closing down. It was a match made in heaven! 13 years later, Terry still loves his job, and we salute Terry as our very first Employee Spotlight Recipient! Terry’s favorite beer, as you might can tell from the picture, is Miller Lite. He is a proud and dedicated father to twin sons, whom he loves and adores.